17-year–old YPG terrorist detaineed in Afrin enlightened on what’s happening inside of the terror organization.

“US SOLDIERS WERE AT THE AREA WHERE TRAININGS WERE GIVEN”

A.S.T. stated that he has joined the organization when he was 15 years old, got military and political training for 3 months. He also added that he had seen US soldiers at the area in Manbij where the assassination, sabotage and bombing trainings were given.

According to his statement, civilians were making attempts to escape were precluded by PKK/YPG.

100 DOLLARS ARE PAID EACH MONTH

A.S.T. told that YPG exploits Kurdish people upon US’ request and provides fighter for consideration. Terrorist stated that $100 are paid each month those who joined in. 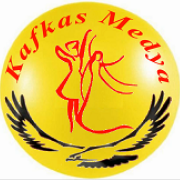